Traditional festivals and events in Hannover

Visitors to Hannover and the surrounding region are spoilt for choice –whether Marksmen’s Fair, special events at the Adventure Zoo or entertainment of all kinds at Herrenhausen Gardens. Many of these festivals and cultural events have been taking place for decades or even centuries or are a modern-day version of old traditions.

The Marksmen’s Fair in Hannover is the largest event of this kind anywhere in the world and is a true highlight in the German calendar. This huge funfair has been celebrated for more than 500 years. After the “Bruchmeister” (traditional city stewards of the Marksmen’s Fair) have sworn to monitor any breaches of public order – an honorary office that dates back to the 14th century – and the first keg of beer has officially been tapped, the funfair lasts for 10 days in July and attracts around 1.5 million visitors from all over the world. This traditional event guarantees entertainment for everyone – from breathtaking shows, authentic beer tent atmosphere, traditional snacks and drinks, tombolas and, first and foremost, heart-stopping rides provided by around 250 carnies.

The traditional Grand Parade of the Marksmen, in which around 12,000 people march through the streets of Hannover, is always highly impressive. The procession is roughly twelve kilometres long, begins at the New Town Hall and wends its way through the historic Old Town all the way to the fairground. It includes more than 100 bands, folklore and dance groups, as well as around 60 floats and horse-drawn carriages, and is headed by representatives of the marksmen’s associations, guests of honour and politicians.

Summer is also the season for the Maschsee Lake Festival, which was originally held to celebrate the German Canoeing Championships in the early 1950s. Hannover staged this “Week of Water Sports” for around one and a half decades. While the first official Maschsee Lake Festival in 1986 was attended by around 70,000 people, this event with a true Mediterranean flair has meanwhile evolved into one of the largest in North Germany.

Every year, more than two million visitors eagerly await the city’s largest, hottest and longest party. With its attractive mix of live music, cabaret, walking acts, water sports and culinary specialities from all over the globe, this party has long since become a tradition in its own right: for two and a half weeks, exotic restaurants, beer-gardens, cocktail bars and other locations invite visitors to eat and drink, party and dance the night away. The activities for kids and families, torchlight swim and dragon boat races are all extremely popular. 2015 is the 30th anniversary of this lakeside party.

It is not only in summer that Hannover stages enchanting events. Since the end of the 18th century, romantic Christmas markets have regularly taken place in the state capital. The former “Christmarkt” around Marktkirche church was first mentioned in a document dating back to 1813. Nowadays, the popular Christmas market has almost 200 stalls and attracts some 1.8 million people every year. Hannover’s traditional Christmas markets are a magnet for guests from all over Germany and the neighbouring countries. In addition to the Christmas market at Marktkirche, those who want to get in the mood for the festive season can choose between the “Wishing Well Wood”, a medieval Christmas village with performances and traditional arts and crafts, the Finnish Christmas village, the Christmas market in Ernst-August-Platz and numerous markets in other parts of the city. Christmas bazaars in Hannover Region also entice visitors to sample a glass of punch, some deep-fried pastries or a delicious baked apple – from the medieval Christmas market at Marienburg Castle to the Festival of Light in Neustadt, from a nostalgic Christmas in Steinhude to Langenhagen’s “Winter Glitter Market”.

The Royal Gardens of Herrenhausen are one of the most famous attractions in Hannover. Events such as the Little Festival in the Great Garden, the International Fireworks Competition and the summer festival KunstFestSpiele Herrenhausen draw visitors from Germany and abroad. Other popular events include the open-air shows in the Garden Theatre, the exhibitions at Herrenhausen Palace Museum, concerts in the Gallery (e.g. Hannover Choir Festival) and the festivals in the Orangery (e.g. the winter variety show). These diverse events are ultimately the continuation and modern interpretation of age-old traditions of cultural life at the royal court in Hannover and appeal to people from far beyond the borders of Germany.

Spectacular festivities and cultural highlights go back a long way in Hannover: as early as the 17th century, Duke John Frederick invited Italian musicians and artists to Leineschloss Palace to add a touch of Venetian baroque to his court. He persuaded composers, conductors and ballet masters from Italy, dancers and actors from France and had a palace built in Herrenhausen Gardens. French comedies and torchlight dance spectacles have been performed in the Great Garden since 1674. Duke Ernest Augustus, John Frederick’s successor and later Elector, loved opera and carnival. In 1689, he had “his own opera house” built at Leineschloss Palace, where for weeks on end, events such as masked balls were held every day for royalty from all over Europe.

The Royal Gardens and the summer palace of the Guelph dynasty were a valuable addition to Hannover’s cultural scene. From 1689 to 1692, Ernest Augustus commissioned the building of the Garden Theatre, which is now one of the few remaining baroque amphitheatres which is still used as a cultural venue. In 1703, Electress Sophia – who was largely responsible for designing the Great Garden – ordered a gondolier from Venice to the court. The ensuing gondola trips, garden illuminations, carnival and royal garden parties delighted both the local aristocracy as well as European princes, dukes and emperors, who were all frequent visitors to the palace. The first fireworks display was staged around 1710. Masquerades, French comedies and Italian operas were all smash successes and for a time, Herrenhausen was the much acclaimed theatrical centre of Northern Europe – until the Seven Years’ War put an abrupt end to this lifestyle.

After an eventful history of ups and downs, the garden was finally restored to its former glory in the 20th century. 1953 saw the first “Herrenhausen Music & Drama Festival”, which was a crowd puller for many decades. The Little Festival in the Great Garden, inaugurated in 1986, is now one of the most successful cabaret festivals in Germany, whilst the International Fireworks Competition, where the world’s leading pyrotechnic experts compete against each other every year, has been extremely popular since it was first held in 1991. 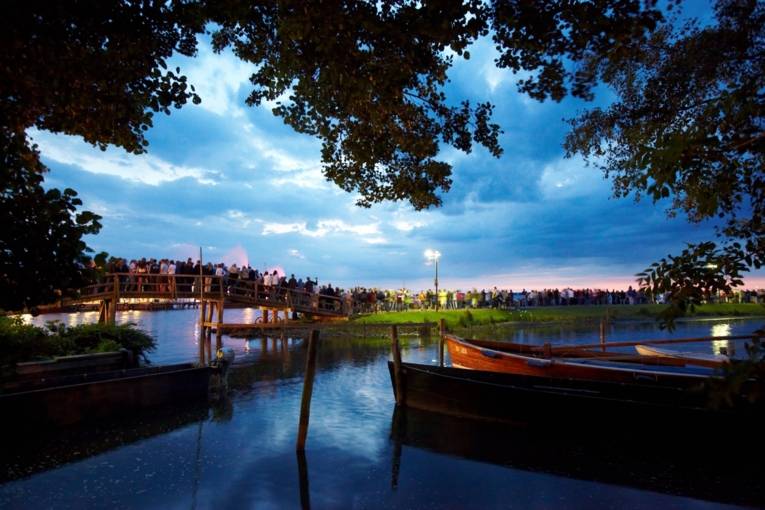 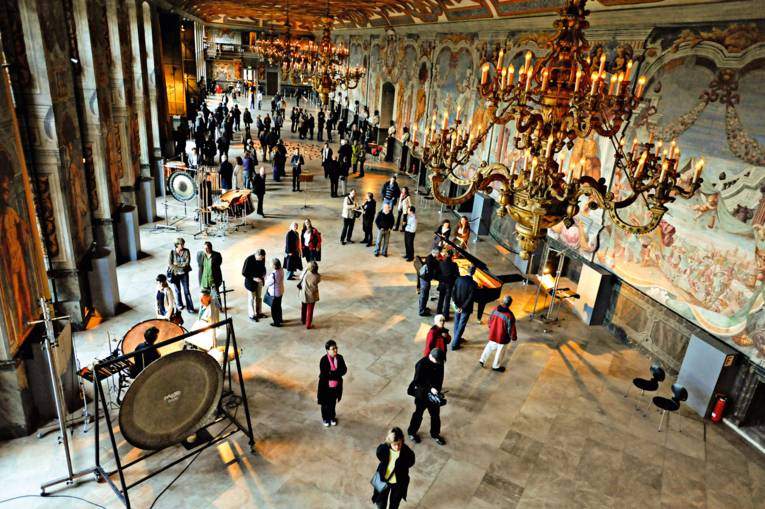 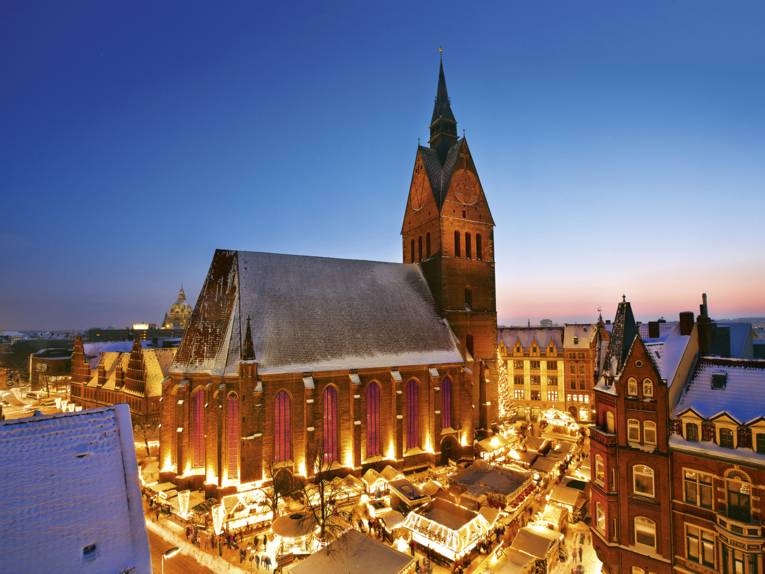 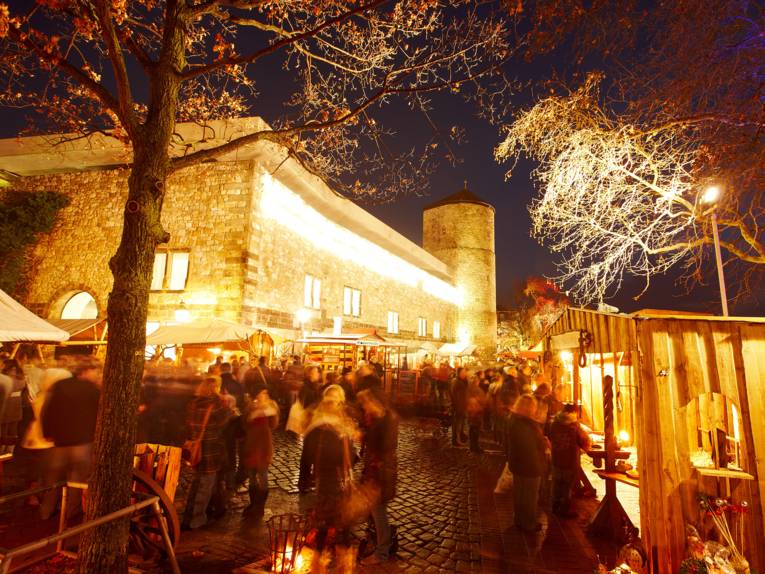 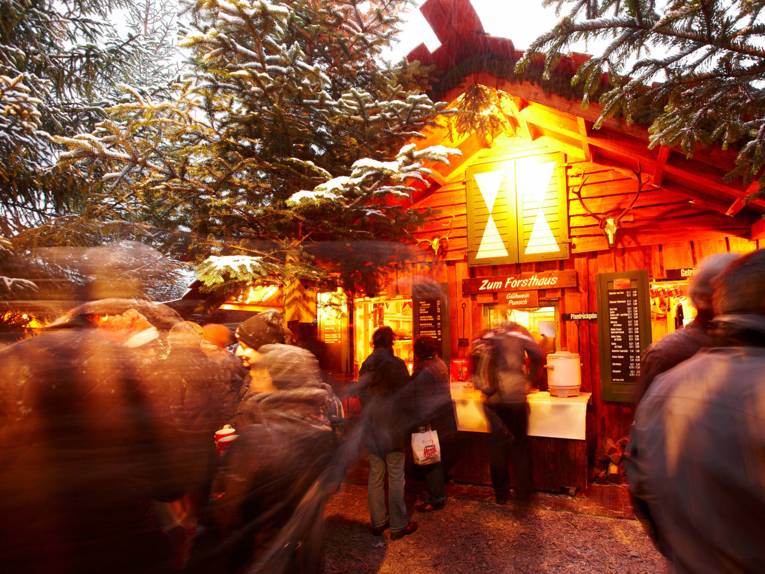