City forests, parks and recreational areas make Hannover the greenest metropolis in Germany. Maschsee Lake and Lake Steinhude create a maritime flair – inclusive of swimming, sailing and surfing.
In no other city in Germany are the people more content with the green areas of their home town than in Hannover. According to a recent representative Forsa survey conducted by the German Association of Horticulture and Landscape Gardening, 91 per cent of the interviewees said that they were “satisfied” or “very satisfied” with the green spaces in Hannover. The capital city of Lower Saxony thus performed significantly better than the average rating of 82 per cent, landing ahead of Stuttgart (84 per cent), Berlin (80 per cent) and Frankfurt am Main (77 per cent).

This combination of nature and all the benefits of a large city is something that the people of Hannover Region take for granted and why they rate it as the perfect place to live. “Hannover has everything a vibrant city needs: a highly diverse cultural scene, innumerable top-class events, smart urban districts, excellent shops and amazing places for a day or evening out. At the same time, Hannover is a very green city, where everything is within easy reach and life is most definitely worth living. An efficient public transport system provides quick links between the 21 municipalities that make up Hannover Region and ensures that opportunities for rural recreation and urban experience are available side by side, claims Hans Christian Nolte, Managing Director of Hannover Marketing und Tourismus GmbH (HMTG).

Green spaces make up 11.36 per cent of the surface area, earning the capital city of Lower Saxony the title of Germany’s greenest city. Around 45,000 trees line the streets of Hannover. Every year, the Environment and Parks Department plants between 500 and 750 new roadside trees. Hannover’s green character is most evident in the Eilenriede city forest: with an area of almost 1600 acres, the city’s green lung is almost twice as big as New York’s Central Park. This abundance of green is also one of the main reasons why 89 per cent of Hannover’s population say that they are very happy to live here, according to a representative survey conducted by the city council.

This unique urban woodland area is just one of the many natural habitats and recreational areas close to the city. Maschsee Lake, for example, is a paradise for water sports enthusiasts and the paths along its shoreline are ideal for jogging, inline skating or walking. The lake is also the venue for sporting events such as the 2015 European University Rowing Championships.
The lakes known as Ricklinger Teiche are located close by and are perfect for swimming in summer and walking at any time of the year. The world-famous Herrenhausen Gardens are difficult to beat when it comes to variety and attractions and are equally popular with tourists from all over the globe and with locals. In addition to the big names, there are also carefully tended green spaces around the Opera House in the city centre, or the Stadtpark (municipal park), which was home to the first Federal Horticultural Show and is an exceptional example of a post-war-era garden. More than 20,000 allotments, the Leine Meadows nature reserve and various smaller city forests all add to the city’s green charm.

Cycling is the ideal way to explore the green city of Hannover: 170 kilometres of the 530 kilometres of cycling tracks run through green scenery. Hannover Region has approx. 1,000 kilometres of cycle tracks, including 15 signposted regional routes as well as the regional ring route. In 2010, Hannover was actually voted the most cyclist-friendly city of all places with a population of 50,000 or more in Lower Saxony.

Unique nature experiences are also waiting to be discovered in the holiday region on the outskirts of the state capital. Covering an area of 32 square kilometres, Lake Steinhude is the largest inland lake in North-West Germany and a popular destination for excursions: whether a family outing including a trip to the island fortress of Wilhelmstein, a boat trip, swimming, cycling or exploring nature amidst the dunes and moorland areas, everyone will find something to do here. The Deister Hills, some 25 kilometres to the south-west of Hannover, are criss-crossed with rambling trails and cycle routes and also have many places of interest, such as Klosterstollen exhibition mine in Barsinghausen, or the Nordmann or Anna Tower, making it a very popular recreational and holiday area. Every year, Deister Day (26 April in 2015) marks the official start of the hiking season. The Burgdorfer Land and Wedemark regions are a rider’s paradise – whether on a horse of their own, a hired mount or in a horse-drawn carriage.

Photos for use by journalists are available at www.hannover.de/en/photodownload. 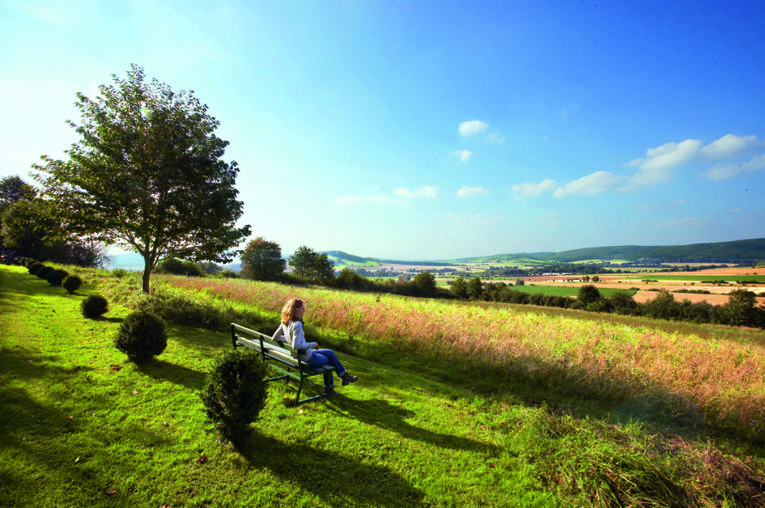 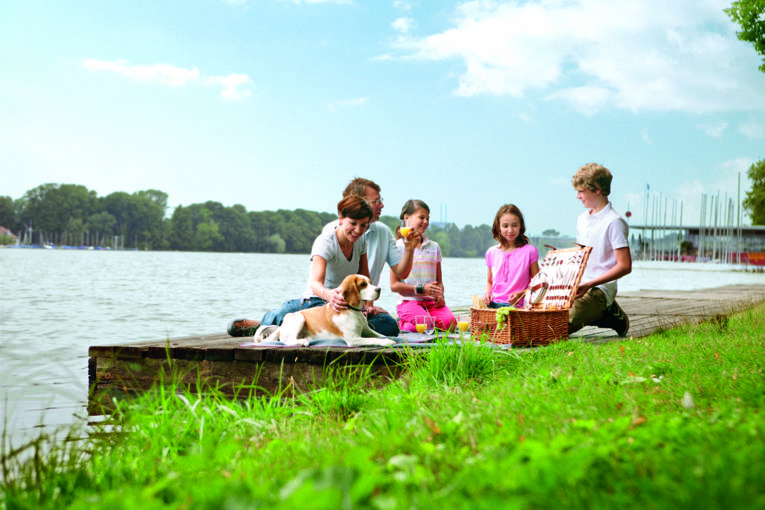 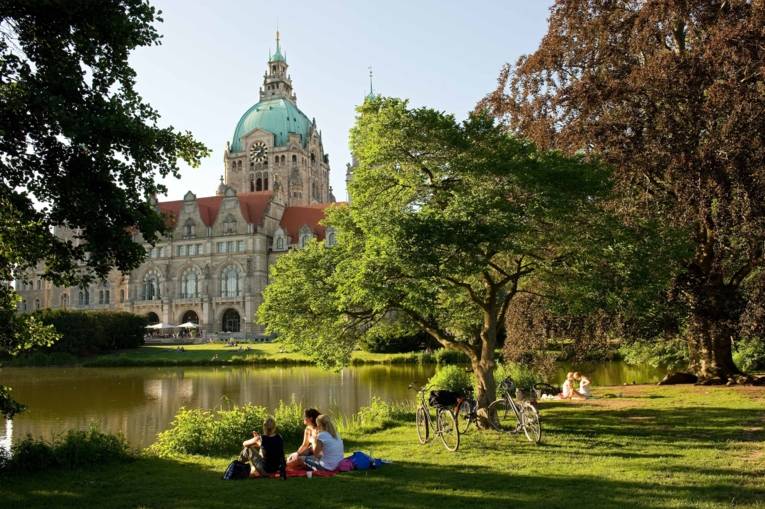 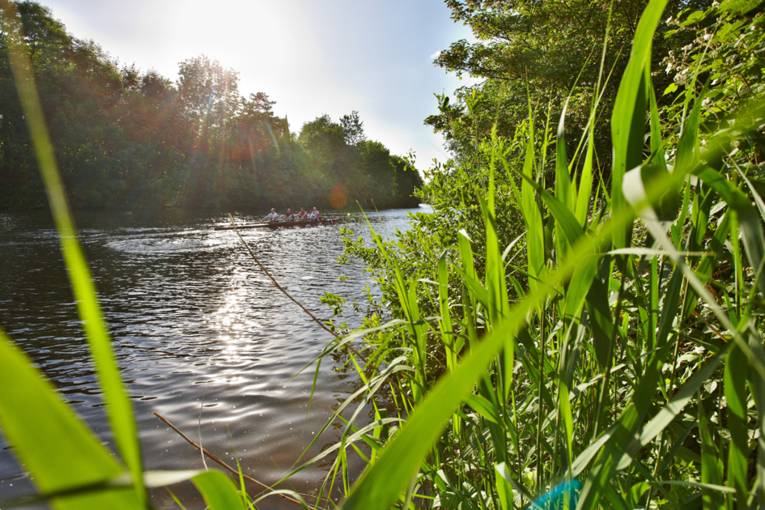 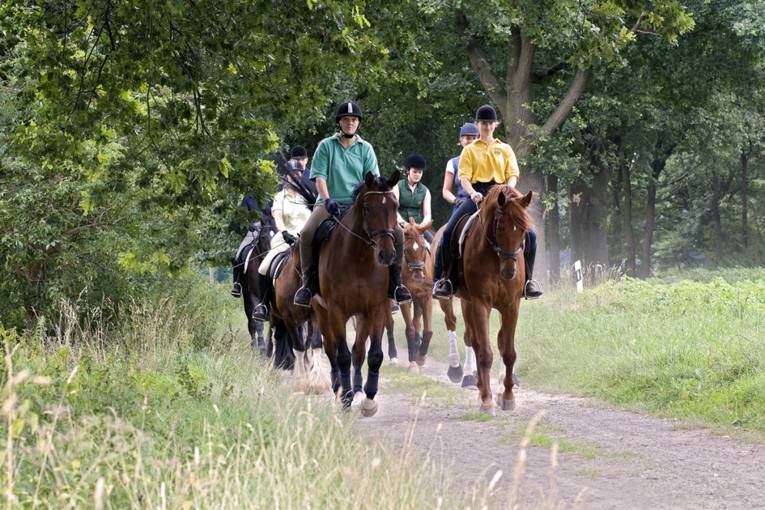